Here we are back in Stockholm. We left Riga yesterday afternoon as the heavens opened but we were safely on our floating supermarket and didn't get wet. Very poor Internet reception so we had to resort to making friends with a couple of young Poms to keep us up to date with the cricket score and had to grin and bear it. My brother sent SMS as did Terry but they both gave up before the three quick wickets at the end of the day and we were left thinking the worst until we met up with our Pommie mates again this morning. Now we have stopped all communication after Australia's disastrous day. I'll send images of red houses to make myself feel better.

The last day in Riga we wandered aimlessly, we are both pretty tired now, but it was a pleasant day and we found a few areas we hadn't discovered before. I had a favourite building near our hotel, it was derelict but I liked its raw, untouched facade. A lot of Riga is in rough shape, buildings we would class as exceptional lie in a state of decay, often next to restored buildings. 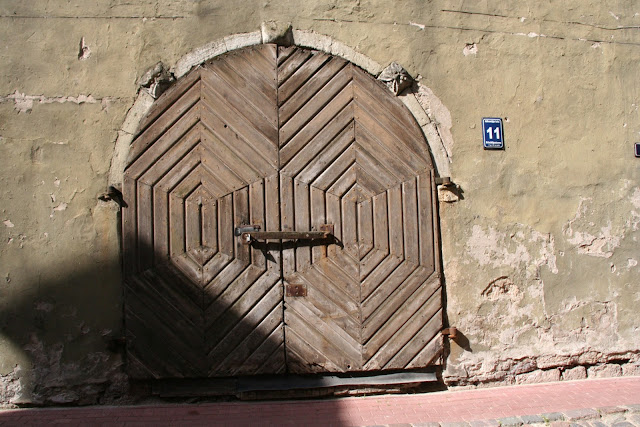 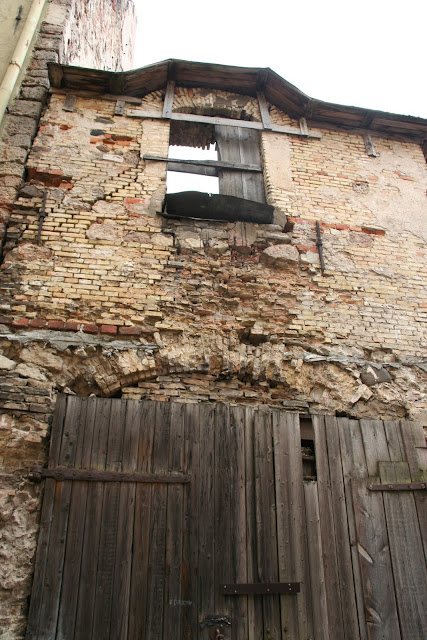 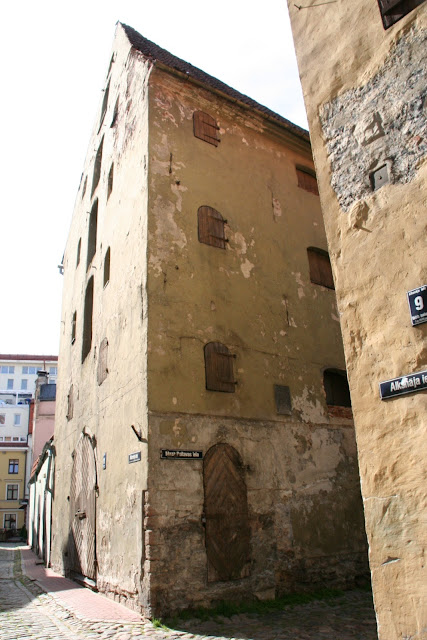 Below is a little house opposite my favourite one. 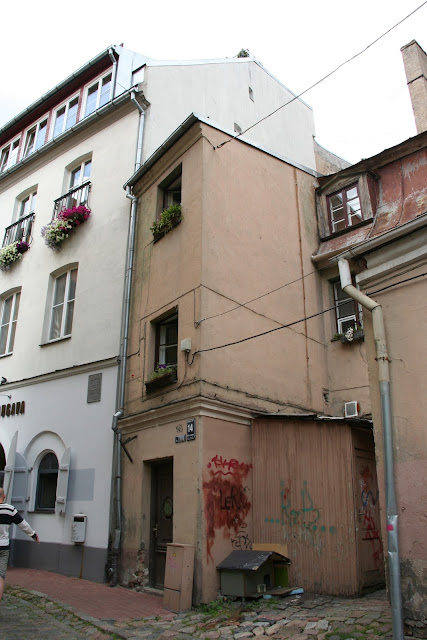 It must be the length of a bed wide with a little cat or dog house beside it. 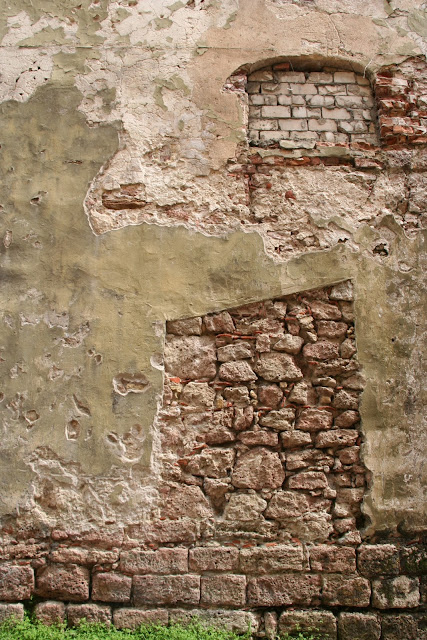 More of my favourite building. I haven't any idea how old it is.
Some more images of Riga below. 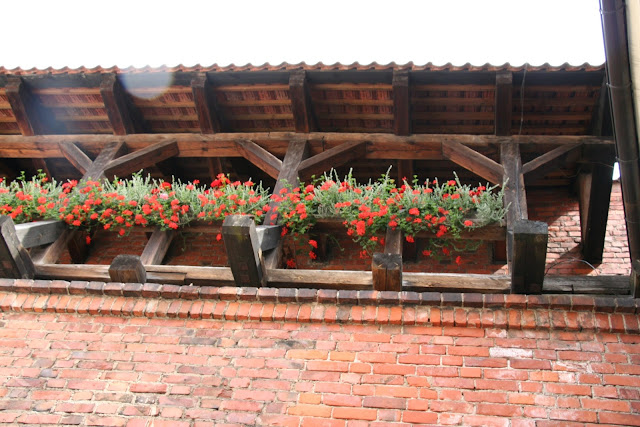 Above , a nuns' walk from an old convent 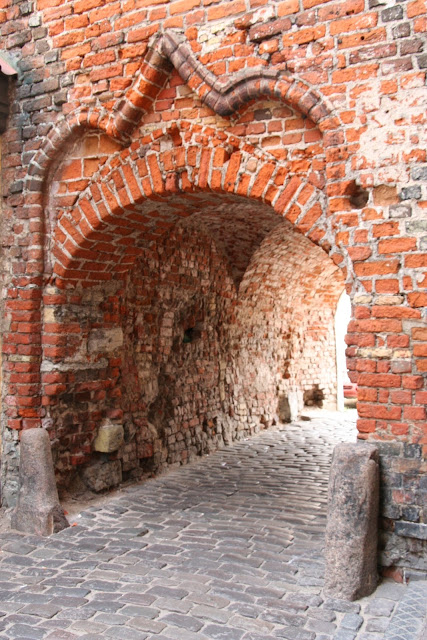 There are lots of buskers on the streets some, are wonderful. 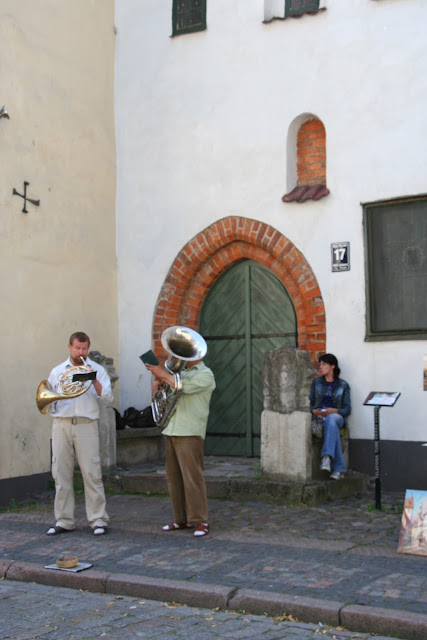 These fellows had a wonderfully mellow sound. 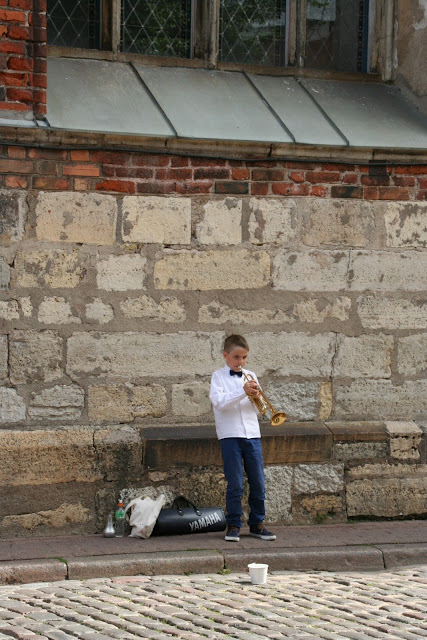 This small boy was making a packet, I'm getting Chris and Leo to practice outside our house when I get home, they'll be worth a fortune. 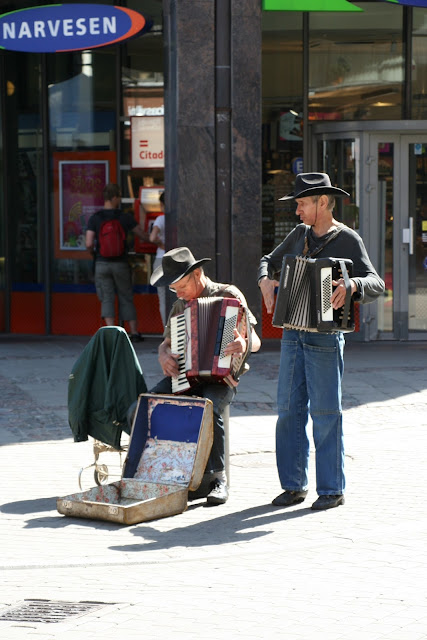 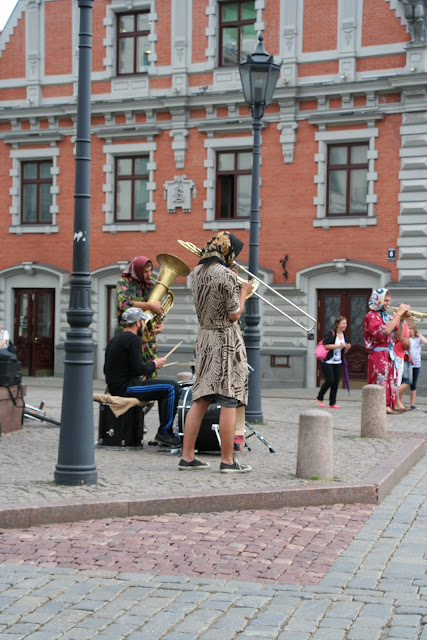 They were pretty good despite the costumes. 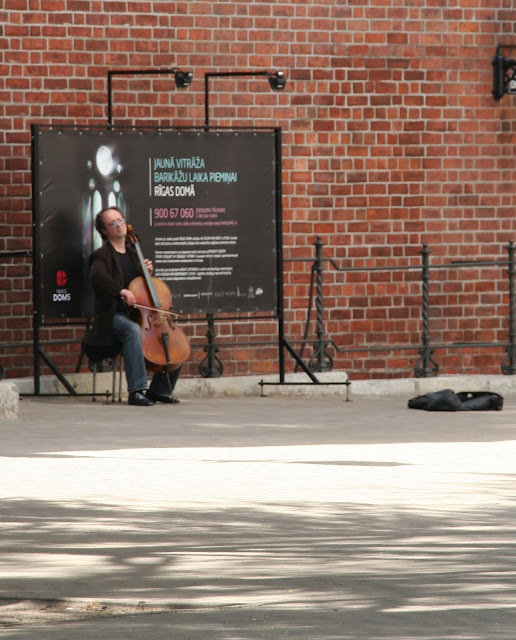 This guy was totally in the moment. 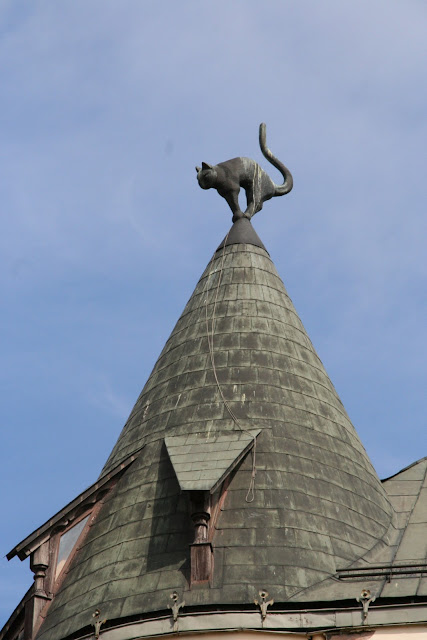 That's the last from Riga. Except for the shots from the ship. The port was vast but pretty antiquated, it must have taken days for them to load the ships with such old equipment. 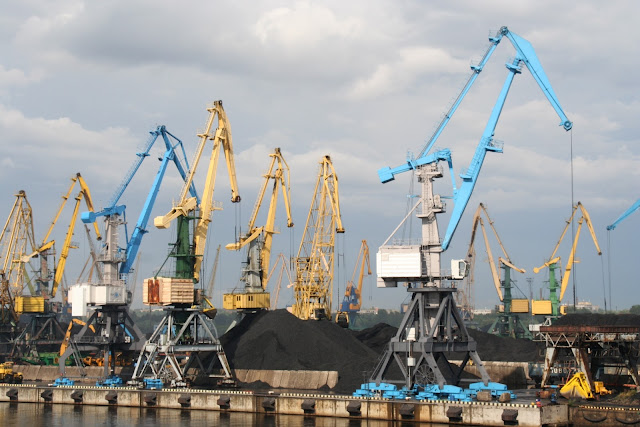 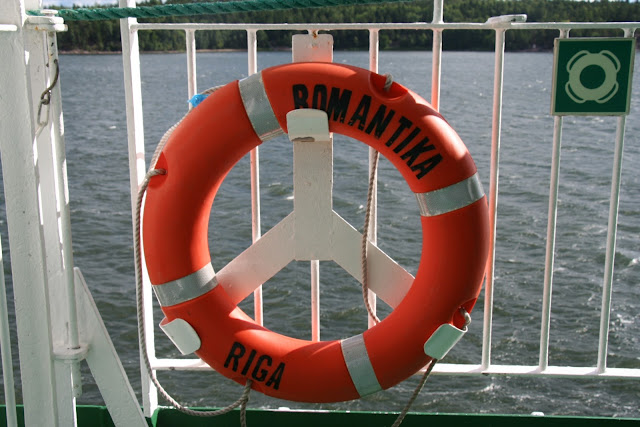 Yes "Romantika" or the Lurve Boat in English. 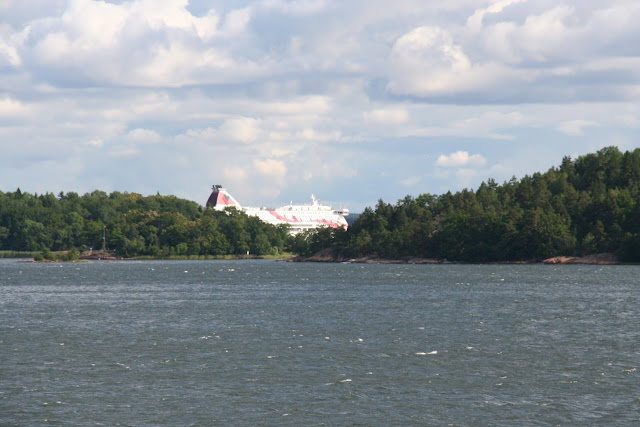 A weird sight to see huge ships slide between islands. We go quite close to the shore, probably due to the ancient ice sheet movement. The ice sheet grinds over the tops of what are islands now leaving them smooth on the northern side and the southern side is steep as the ice plucks out the rocks. Late in the ice age glaciers gouge out deeper valleys.  So the ships can go quite close as the water is very deep. Sometimes it seems almost close enough to touch. 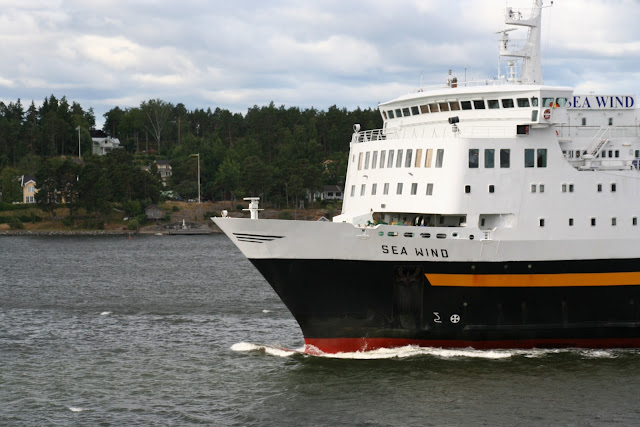 I could go through the Swedish Archipelago forever as it is constantly changing as the ships glide through at speed leaving very little wake. (About 50 kph) 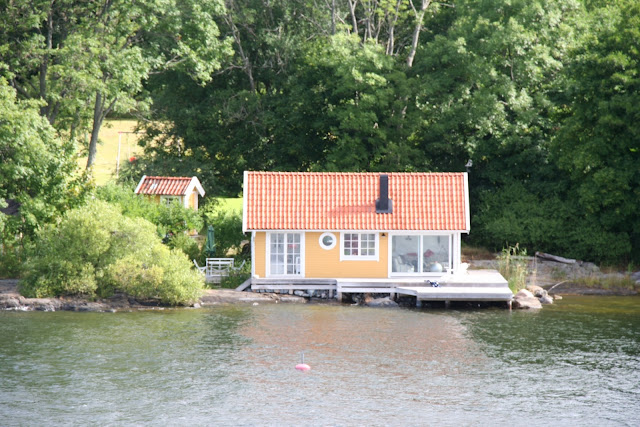 Australia is headlines unfortunately here today on BBC with Kevin Rudd's announcement about sending all asylum seekers to PNG. It is interesting to observe how the rest of the world sees us, what a heartless looking country we are according to many comments. I am embarrassed to be Australian today. Surely there is a better solution than this Kevin, is getting elected so important?

We have to leave for the bus for Årlanda at 5.10am tomorrow morning, then London, my brother Michael, and Jane, Bath and Susan and the V&A. Phew!