Digging for my Mojo

This morning Geoff and I went down to Albion near our house in Brisbane to look for some clay in the area of the first domestic pottery in Brisbane. This was the subject of my presentation in Fuping. I was asked to submit an article on to one of the Ceramic magazines based on my paper. Instead of going over the same territory I thought it might be fun to collect some of the clay and after processing it to make a replica of one of the original works made by George Fischer in the late 1850's.

I also considered firing it with coal which I would have to obtain from Ipswich but that all sounded a bit too hard and think of the black polluting smoke billowing from the kiln!!!!
Most of the area is now covered in industrial buildings but knowing where the mine face was from old photos and a reconnoiter earlier in the morning by Geoff we drove to the back of the industrial sheds. I squeezed between a couple of them and at the rear found the remainder of the clay excavation area. 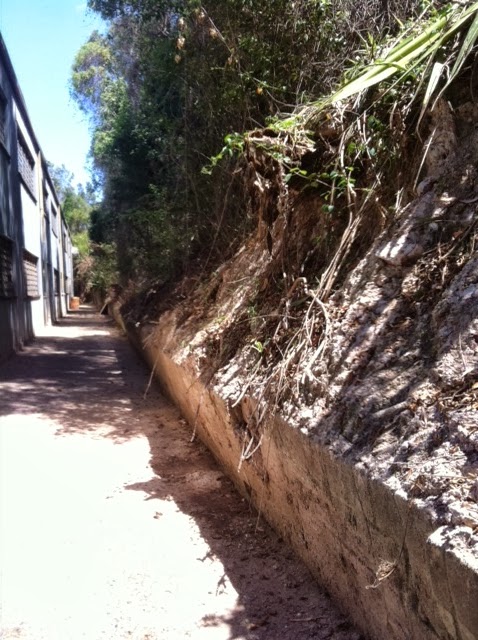 The hill is most unstable and there is one landowner who, after one of the heavy rain periods, found his property sliding down the hill. He must have spent thousands of dollars stabilising the bank. This bank in the image above is still untouched but as you can see it wouldn't take much for it to wipe out the shed in its path. 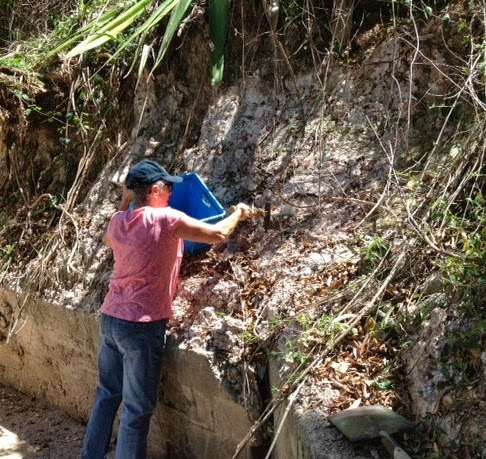 The clay was pretty dirty but accessible, mostly a white clay with ochres dispersed through it as well as rocks and leaf matter. We managed to collect a box full despite the clay being rock hard. Now it is soaking in the box to soften it and rid it of rubbish.
Any suggestions on a small kiln to build would be most welcome. I will probably Woodfire it and salt glaze. George Fischer would have wood fired at first I imagine and being german would have salt glazed and fired to earthen ware.
Next instalment soon
Posted by Creina at 21:42