Chilli with a sprinkling of Food. 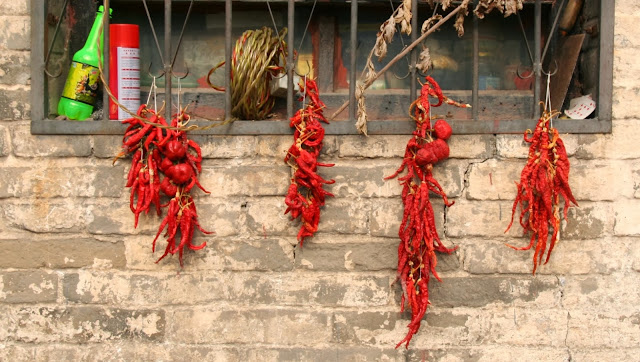 I was concerned that I might pick up a stomach bug from eating differently prepared food but I needn't have worried as the massive amounts of chilli in everything must have sterilised the food. Several members of the group did have problems but it may have been from the water. There was noway any bug would have made it past all that chilli. 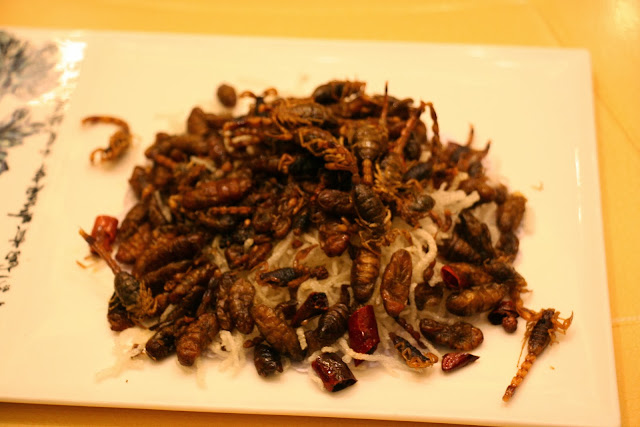 I was game for most things, egged on by fellow thrill seeker Tilly, the youngest member of the group. We even tried these bugs (above), that delicious looking scorpion on the bottom right was quite tasty. Deep fried and crunchy. 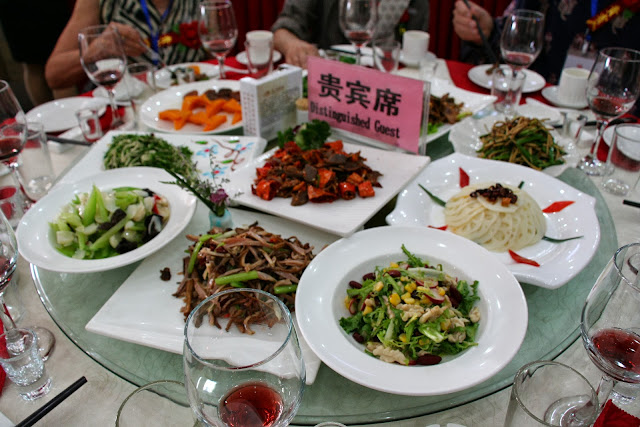 We ate like royalty everyday, there were about 20-30 or more dishes per meal, just when you'd finished out came another five dishes. Sweet food was included throughout the meal so every so often you were surprised. Fruit was served towards the end and at this time of the year watermelon was popular. We often were served beer with the meals and thanks to Mr Xu we had a plentiful supply of red wine from the Yarra Valley.
Every so often you just wanted a rest from the chilli, here is Col Minogue below and by the look of despair this meal was one of those moments for her. 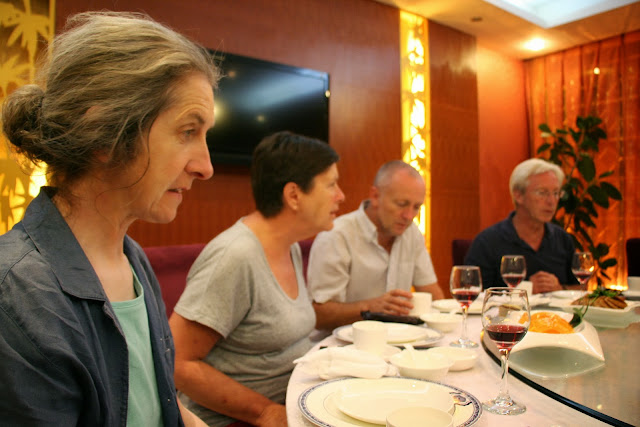 Due to Dr Hsu being fêted at every museum or pottery, we were treated to banquets at lunch and again dinner. Everything was beautifully presented and generous. 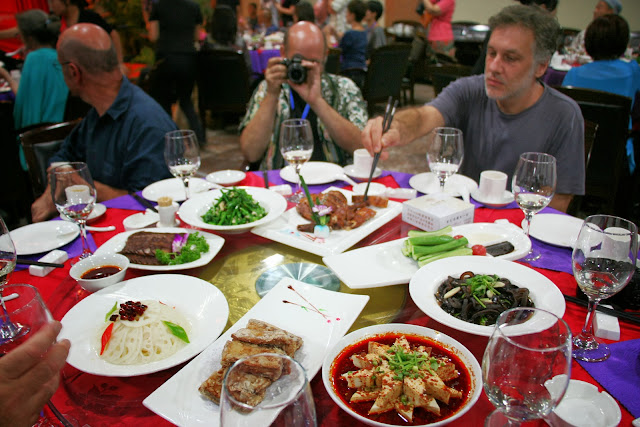 Prawns were always served but being from Straddie I wasn't as attracted as others. I also realised we were a long way from the coast, 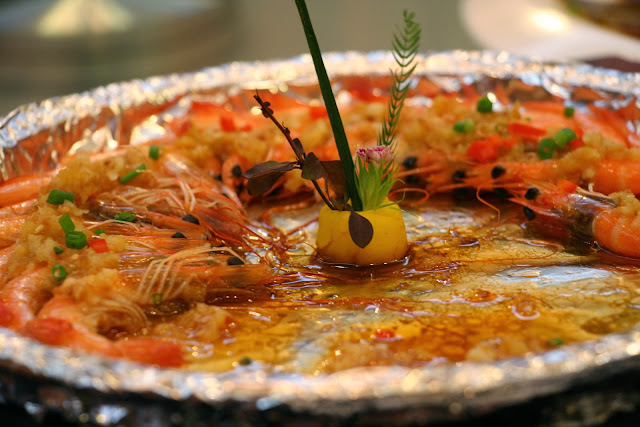 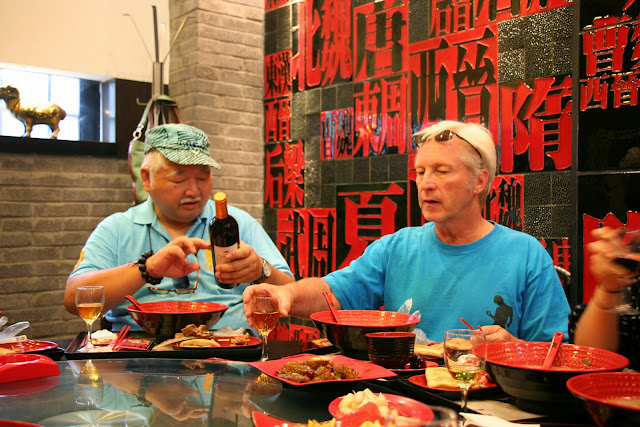 We were served quail eggs here along with pickled garlic. Cigarettes were sometimes included on the table for our snaking pleasure. 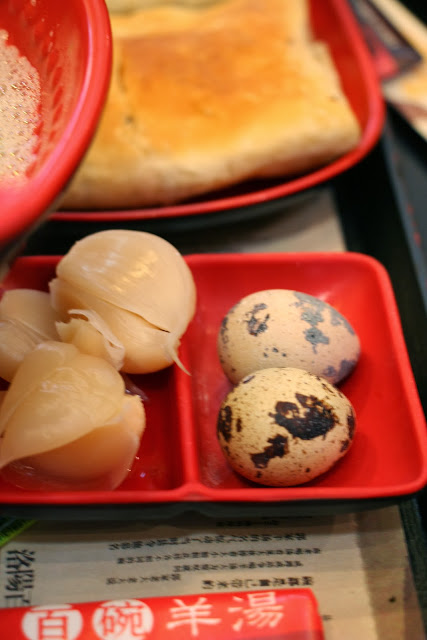 Duch was always a favourite dish as long as you didn't look them in the eye. 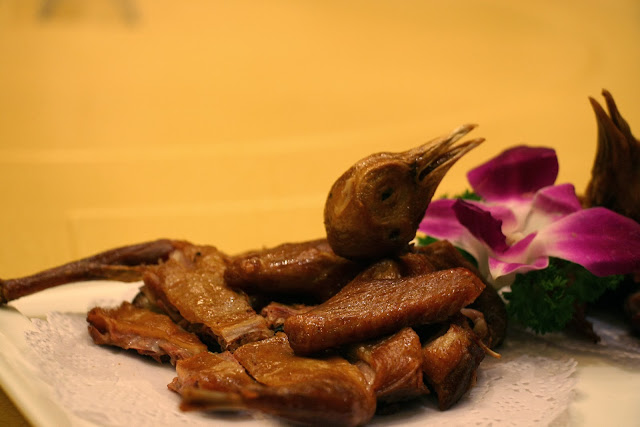 Always a fish was served, here with green onions but I expect the chilli was lurking somewhere beneath 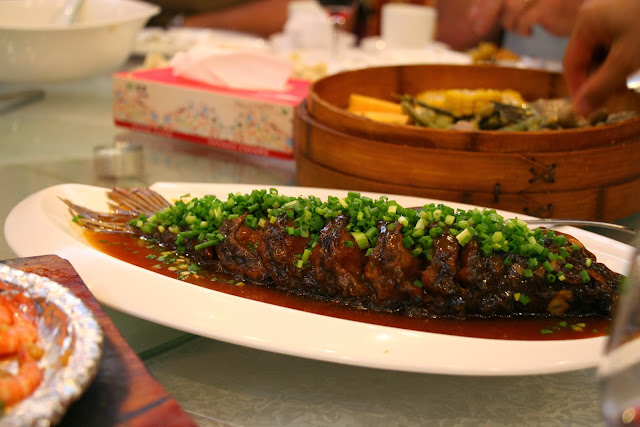 These unusually shaped nipples were made of a tasteless dough, not recommended.

This dish was sticky, sweet, potato chips, which disappeared quickly. 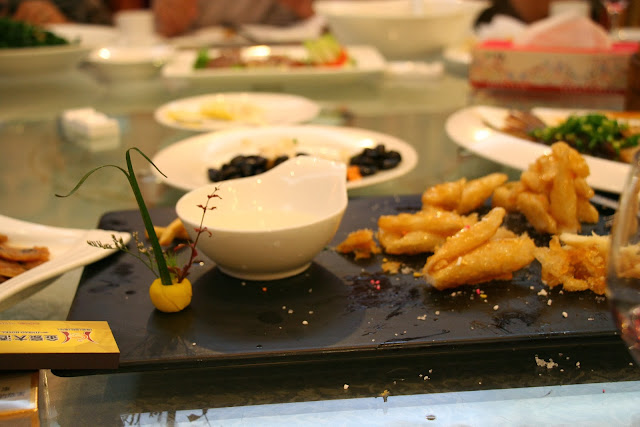 Some kind of fruit in syrup below. It may have been pumpkin. 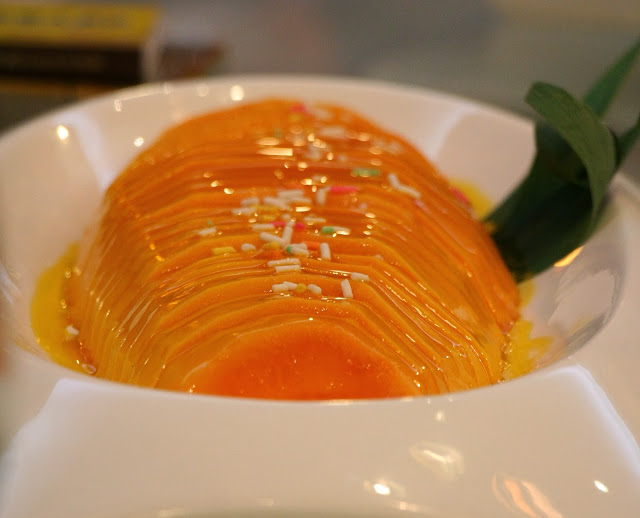 Below is a dish of tripe. I didn't try it as our fellow Chinese companions ate it with relish. 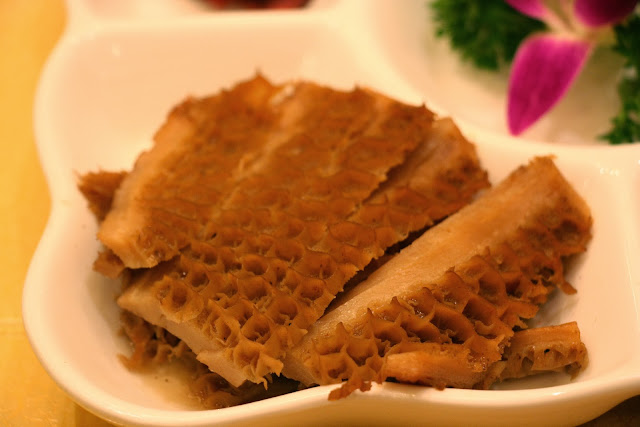 I discovered this ice block at several locations, mango, and it was so, so welcome when it was so hot.

Here's an image of Oznur and Sibel, both from Turkey, wondering whether to try yet another soup at the one meal, this one being served at the end. 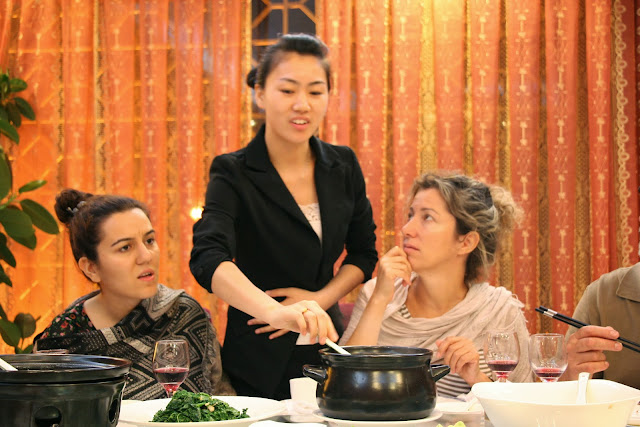 Just in case I forgot to tell you, here below is the main ingredient. 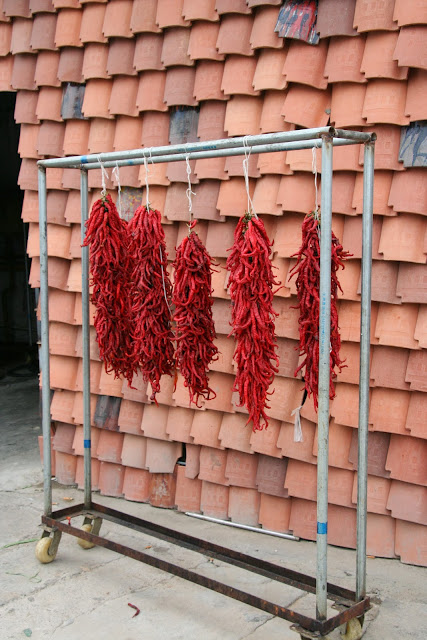 This hot little trolley was located at the back entrance to the kitchen next to a wall of tiles that absorb heat to help dry them. This was just the breakfast supply!
The local people also used the sun to dry their crops. Corn was being harvested at this time (we were there for the Moon Festival, mid harvest). The curved metal provided the heat. 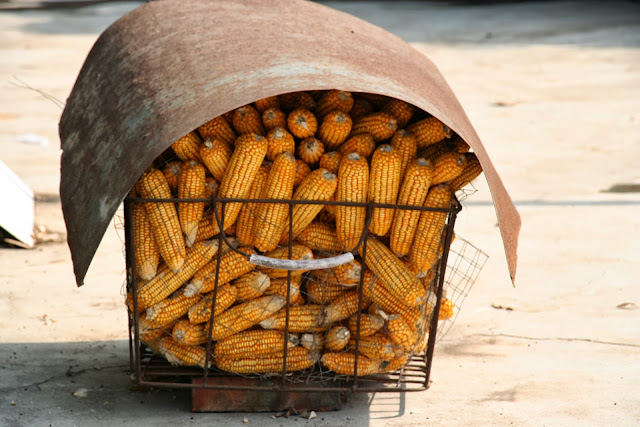 The heat radiating from the bitumen also was a place to dry the crop. People spent their time turning the corn.

They could then bag it when dry.

Most economical way to do it. They used every part of the plant in some way, no waste. 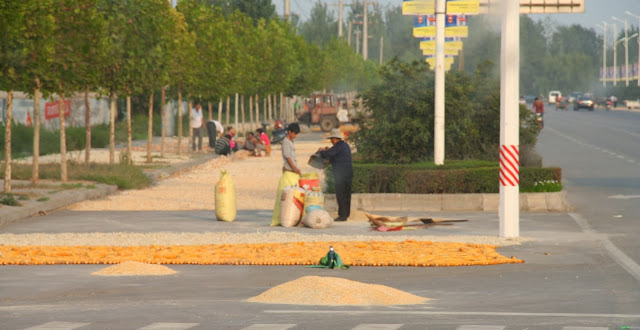 We were never hungry for a second, although we did speak wistfully about coffee every so often. We did have a little coffee shop at the village but the flavour didn't suit our western taste buds.
Here's Rowena, me and Tina Byrne (Ceramics Ireland Editor) in the little coffee shop. (Photo, Vicki Grima) 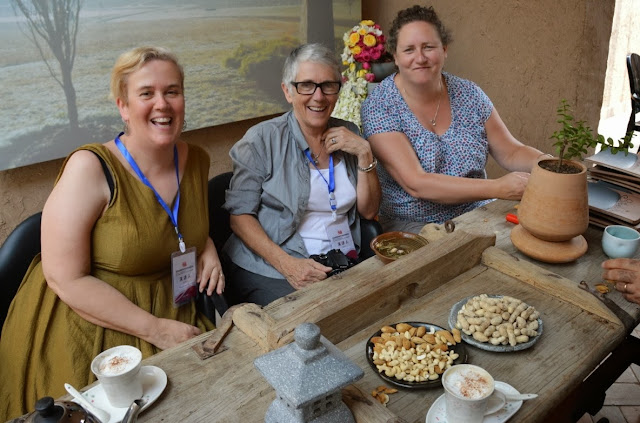 I tended to stick with tea as it looked so pretty. 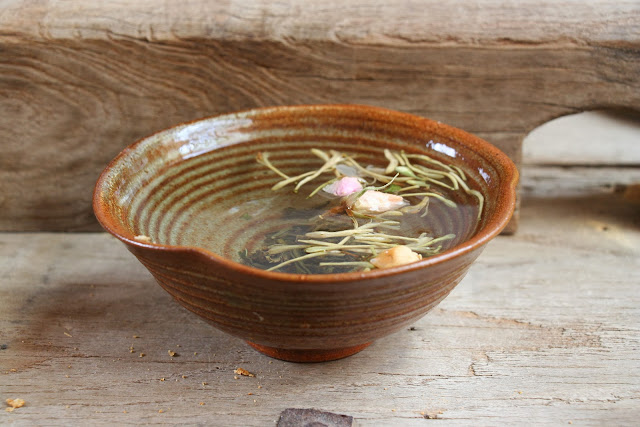