A quick summary of the China Tour. I need to move on as it is fading fast so I will post mainly photos.
Our first stop was Luoyang, Henan Province. Luoyang Sancai (tri-colour) Art Museum. www.sancaiart.com. We went to a museum/pottery sales shop. A lot of the modern work was very commercial looking but the ancient shards and pottery found in the area had so much depth and life to it. 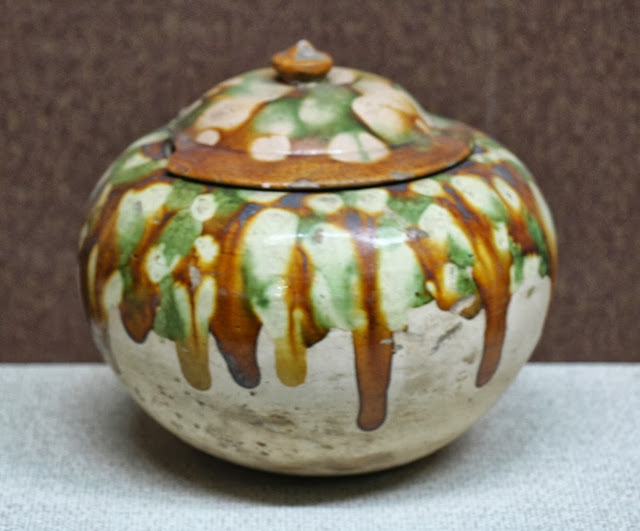 It was also the Peony capital of China and the image below is all ceramic, believe it or not. 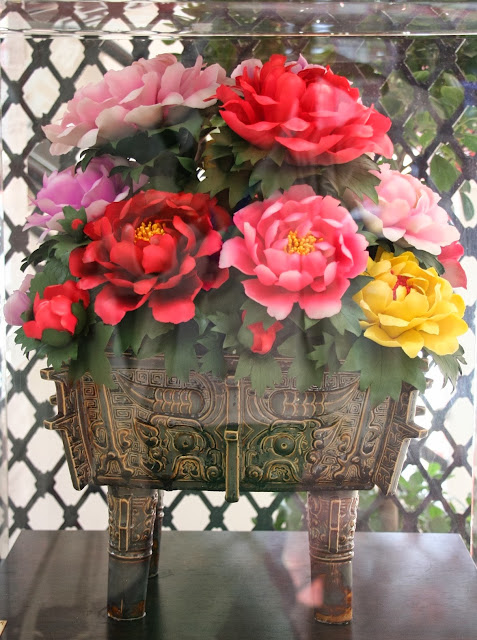 We were treated to lunch of lamb soup which is a speciality of the area.
Next stop the Longman Grottoes out of Luoyang. It was shockingly hot but we managed the millions of stairs to view the thousands of Buddah in all the caves. 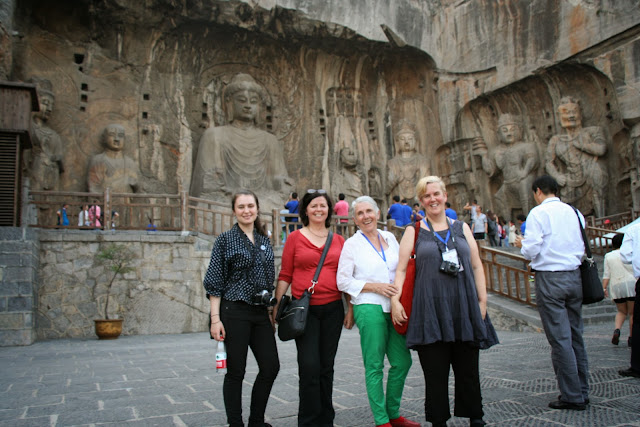 Tilly, Janet Mansfield's grand daughter, Gayl, her daughter, me and Rowena at the large Buddah. 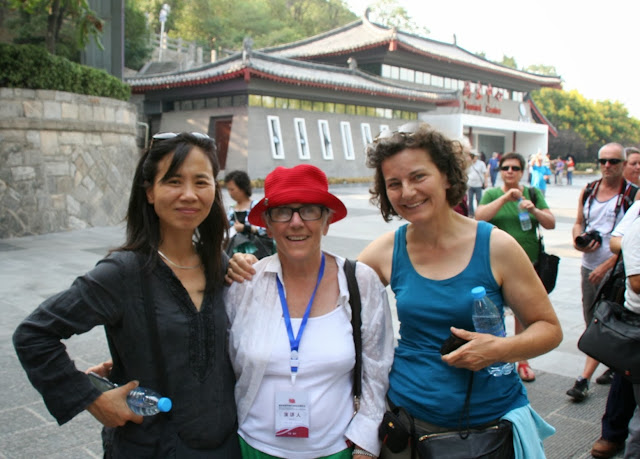 Hyesug, me and Karin at the Grottoes 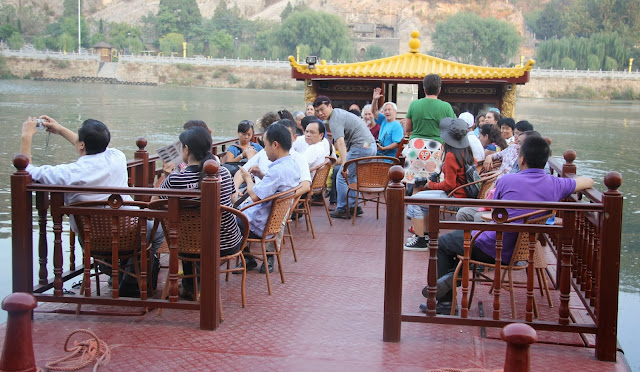 We returned by ferry. 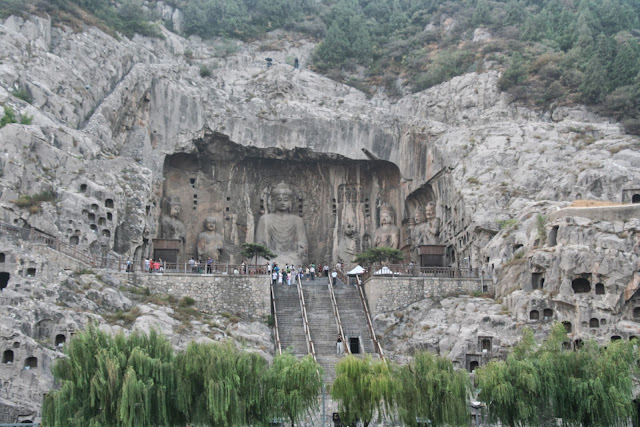 View of the large cave from the ferry.
The Shaolin Temple and Kung Fu school was another stop. 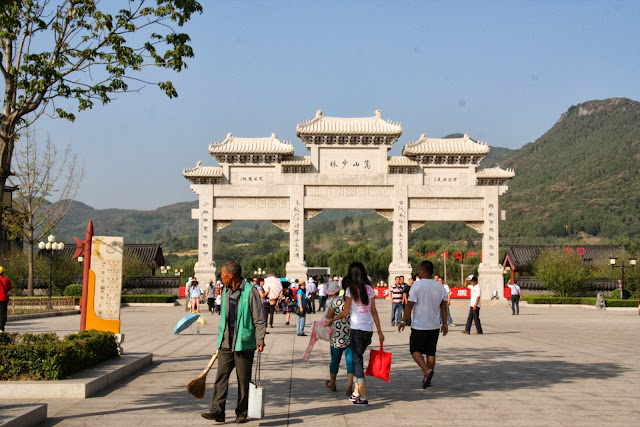 It was a national and international training school for the martial art. 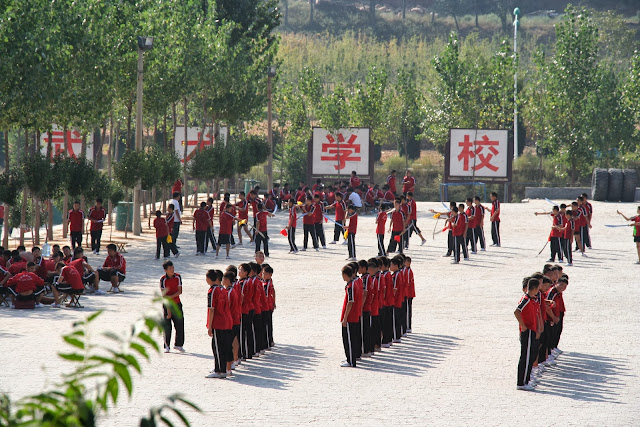 Again it was sooooo hot but this didn't stop them training out in the sun. We attended a show and the most dramatic of the displays was the piercing of a glass sheet with a finger punching at great speed and bursting a balloon behind the glass leaving a bullet like hole in the glass. 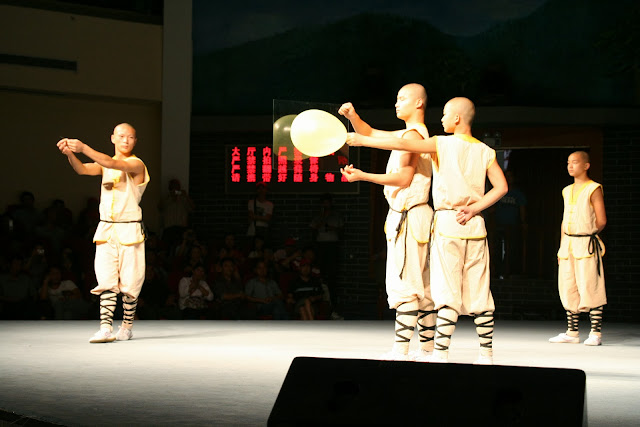 Below is a tree that has been used for generations for the practice of punching the fingers into the bark leaving deep holes behind. 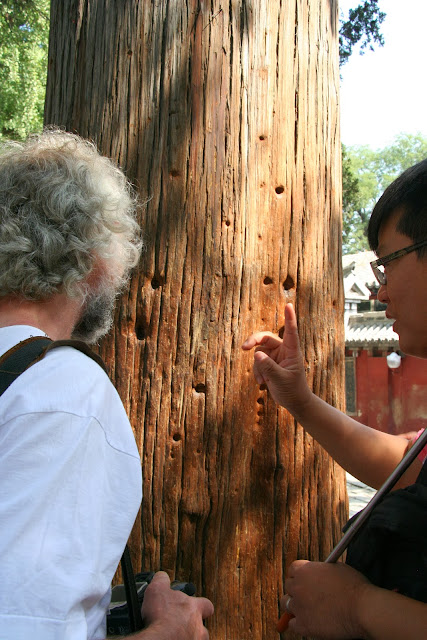 Here we all are outside the temple sweltering in the heat. 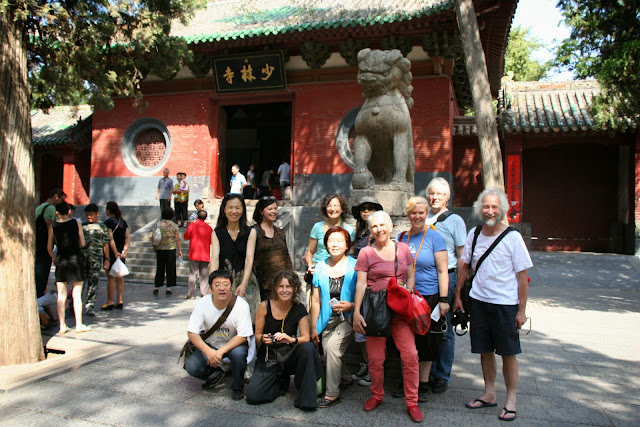 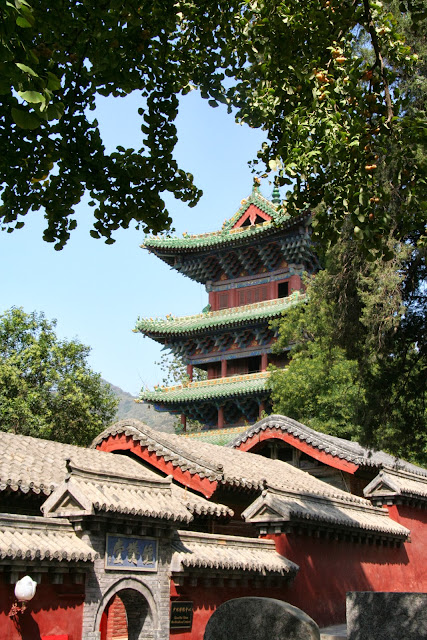 The temple climber up the hill with many buildings for worshiping along with the residence for the monks. 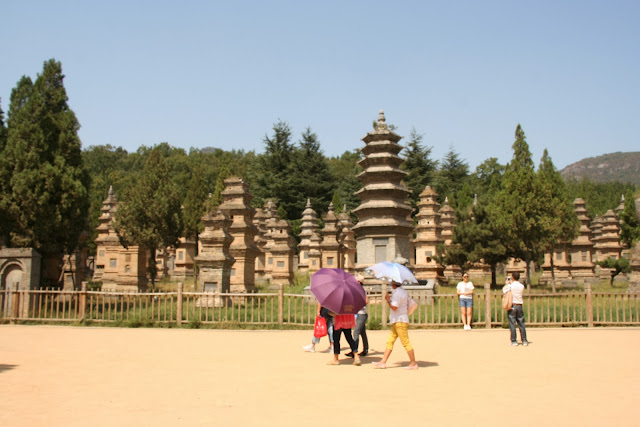 This is a vast cemetry area of monks' tombs the higher the status of the monk the more levels with seven being the highest.
Posted by Creina at 17:09