V&A 2013
Frustrating week back in the shed. I launched into the exhibition work for Drift in September with ideas that had been percolating for weeks throughout the trip. I had planned a series of bowls that had the required theme of shoreline. I began by making large, long slabs with shells and another one with nets and ropes also found on the beach. One large bowl from clay pressed into the full slab and then cutting down further clay into three smaller bowls that could sit inside one another, blah, blah, blah. I had contemplated these for many nights in Estonia, London, Bath and thought I had it all worked out. I over thought it I fear and after making the moulds, last night I decided to toss them.
Today I threw six 30cm plates and decided to dig out my old faithful Lino cut of a crab that I cut in 2005 and press the Lino cut into each plate. 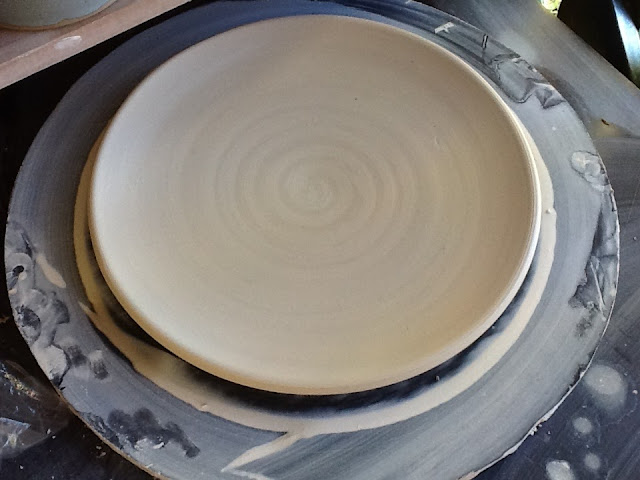 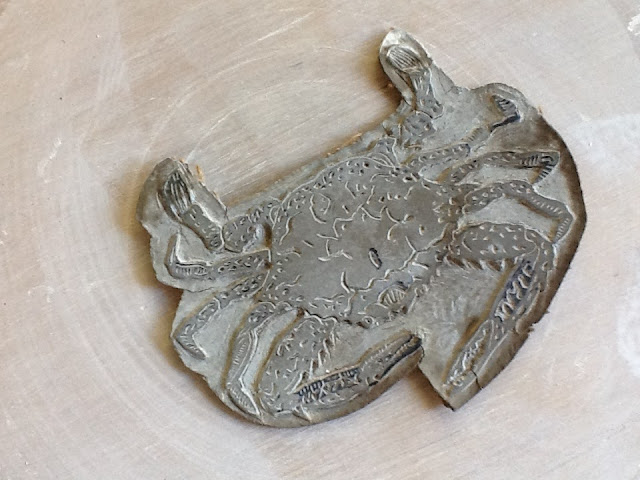 Old faithful crab Lino cut from 2005.
I dug out old faithful only to find it crumble in my hand from brittleness. Yikes! Frantically I looked back through all my old drawing books to try and find the original drawing, thinking that it being eight years since I drew it was asking too much. So there is an advantage being a hoarder after all, there it was, as good as the day I drew it.
So here I am tonight tracing the drawing onto some new plastic replacement for Lino, I hope it lasts longer than Lino. I am procrastinating as you can see, I'm tired and haven't prepared my mind for a hard night of cutting and grunting. I'll have to finish it tonight as the plates are getting harder and harder and I won't be able to press the Lino into the clay. 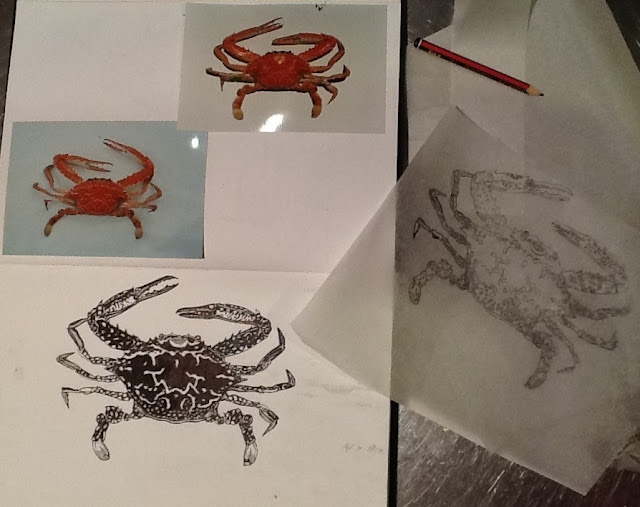 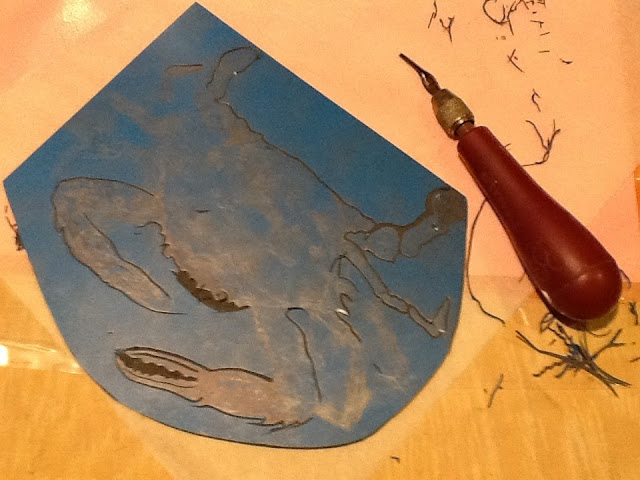 Traced the image onto the plastic as I usually do for Lino but the pencil lines smudge so easily. I have gone over with a black pen what I can decipher and have begun to cut the lines. You can see the smudging in the above photo, yuck! I won't finish it tonight so will have to wrap the plates up securely and hope like mad they remain soft until I finish the Lino cut (plastic cut doesn't sound romantic enough does it). It's a lot easier to cut than Lino that's for sure but my hands are black from the pencil smudges.