Perfect day here on the island today. What daydreams are made of. 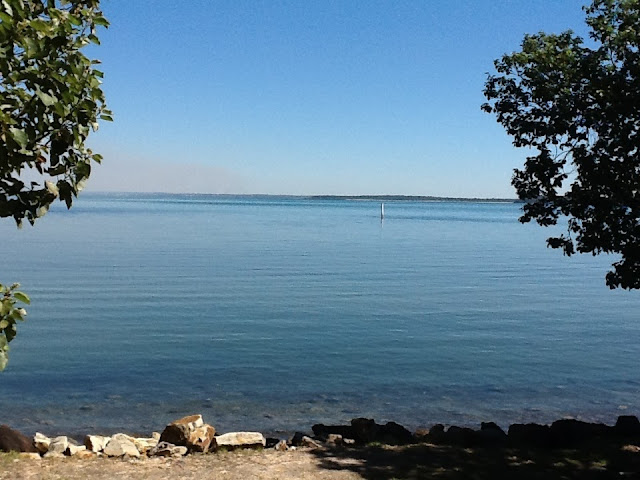 Calm and warm, wouldn't want to be anywhere else. Should be in the shed but had to go for a walk to photograph some broken coral for an idea I had for some plates that I am making, I am calling "broken Coral Plates" surprisingly. 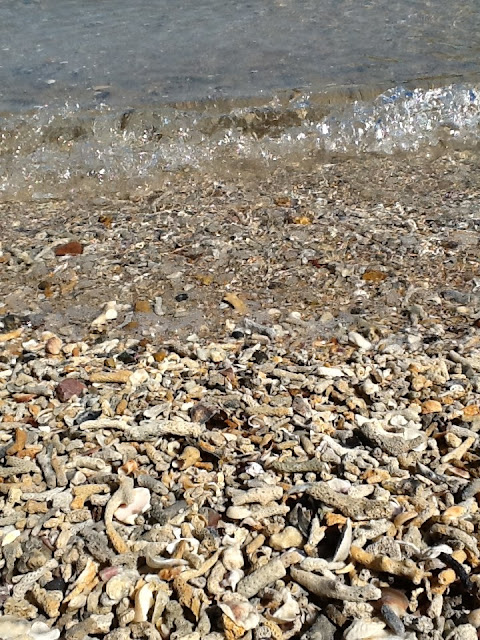 There is so much coral washed up on the bayside of the island and I have been mulling over it for ages and have finally incorporated it into some plates. 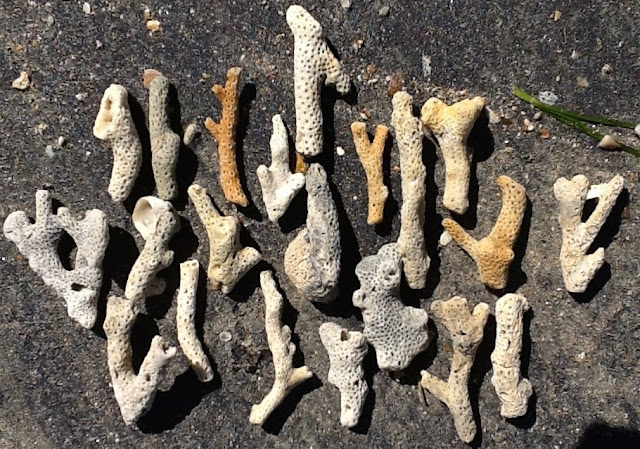 All these broken and worn pieces of coral once had animals living in them. I don't know why they end up dead on the beach. Is it a natural event, the impact of people, boats, other sea animals? I don't know but I love the water worn shapes with the hint of a previous life. Some have shells welded to them and they range in colour from white to grey to brown. The shapes are just waiting to be put onto a clay surface.
I dug out some old, old plaster moulds I used for plates years ago. They were pretty grotty but cleaned up. I did have six but one was broken so I've made four. 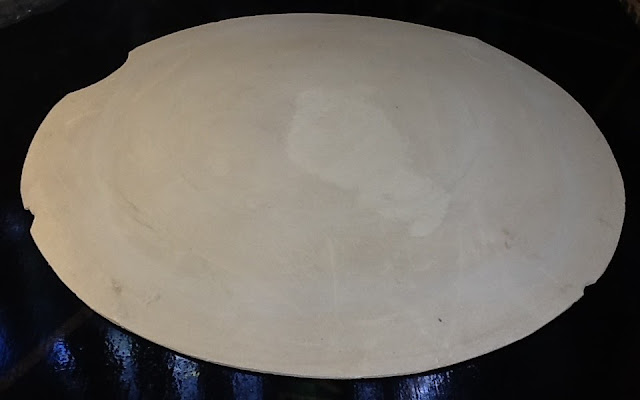 This mould was made using a b-b-q hot plate from an old round b-b-q. I wish I still had access to it.
I rolled out some clay with a rolling pin and placed it on the mould and made a foot ring from rolled out clay and added it to the bottom. 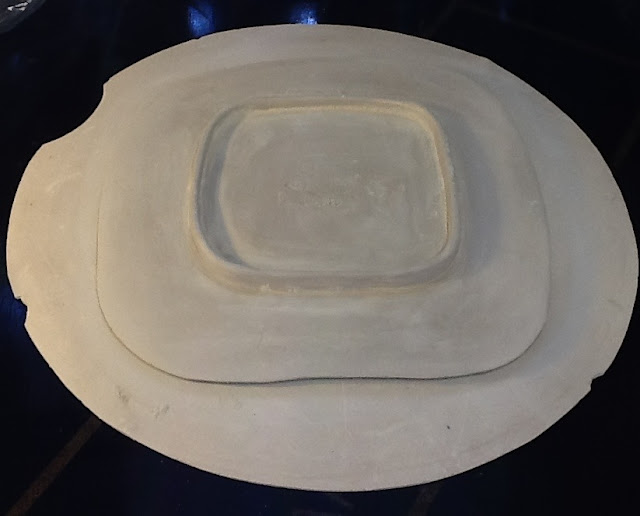 When it was dry enough to handle, I painted underglaze around the outside and placed it back on the mould to harden up. 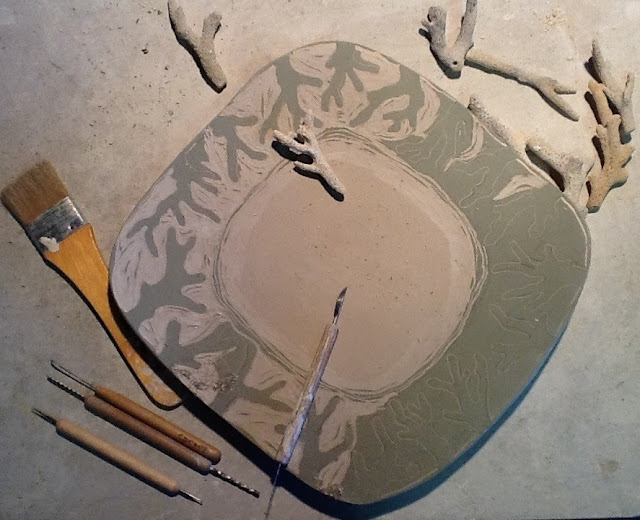 I carved the four plates with different coral designs. 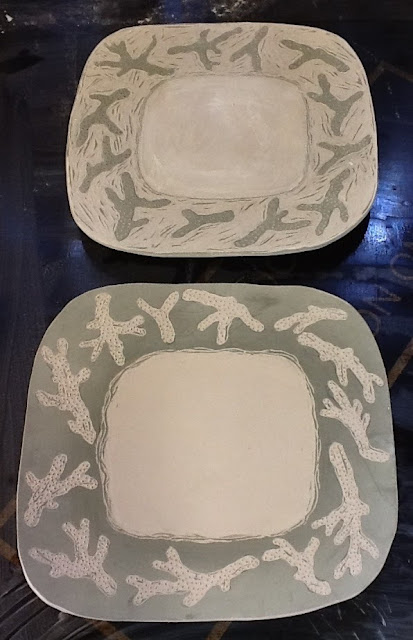 The animals holes were drilled with a small drill piece I use for teapot holes.
Now they are drying to go into a bisque kiln along with all the other pieces for the exhibition in September.
Maintenance is the next job. I have to clean out the burners. Dear Geoff has been flogging all over the city looking for a brass brush to scrub them out. Finally after many tolls and kilometres he has found one on the island at the bait shop of all places for cleaning b-b-q's (I'm keeping the b-b-q theme going here).
I hope to finish all the pieces today, that's if I can keep myself in the shed on such a glorious day, and loosen the rusted burners so that I can turn them on their sides and scrub them out before vacuuming them to avoid rust spotting on the glaze. 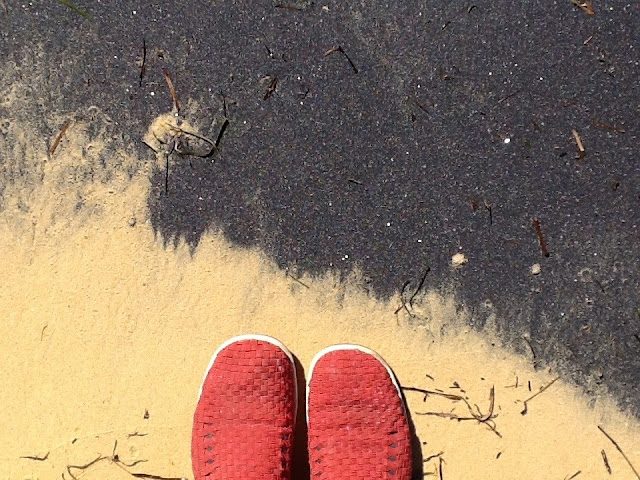