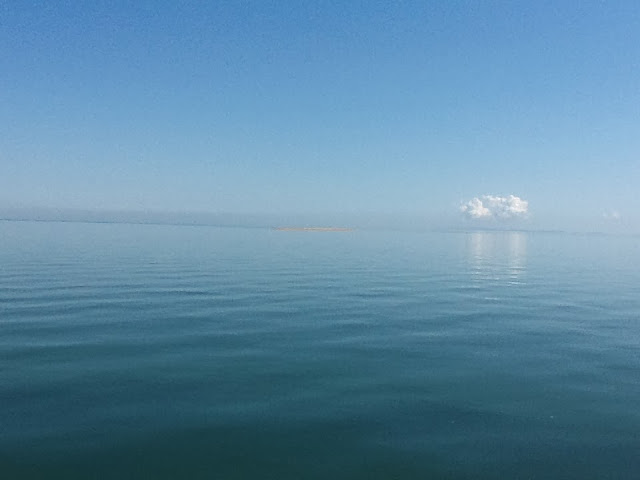 Back in the shed. Too late for the markets this year but still plodding on. I am currently casting pigeons from a mould I made a few years ago. I have an invitational invitation at the end of January, so no time for new designs and the time it takes to develop them. So I brought out an old favourite which I will Naked Raku. I made a few of them several years ago and they sold so well that I have none left now. I love Raku so am looking forward to firing. 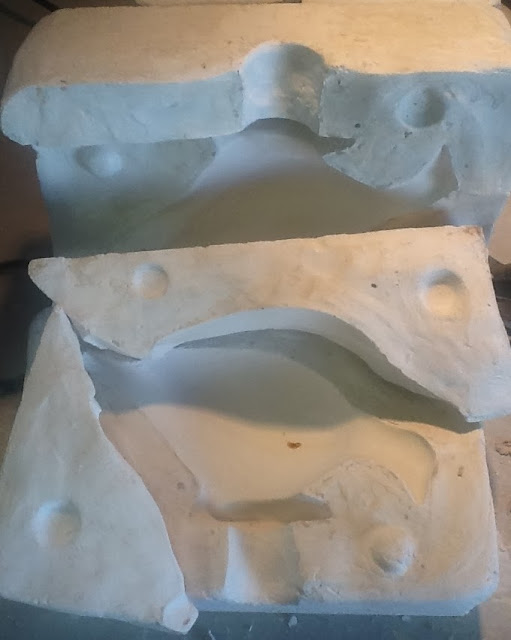 The mould is a four piece so took some time to make originally. 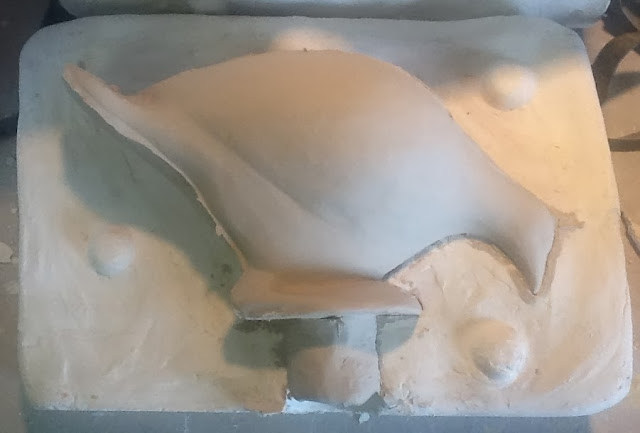 Partially dried pigeon with pieces of the mould removed. 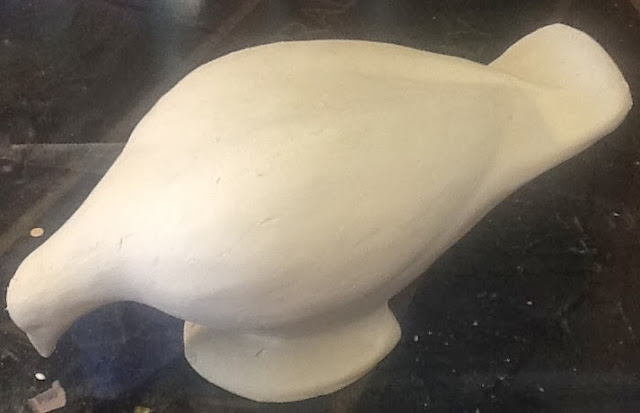 Mould cleaned up and ready for burnishing with a polished stone. 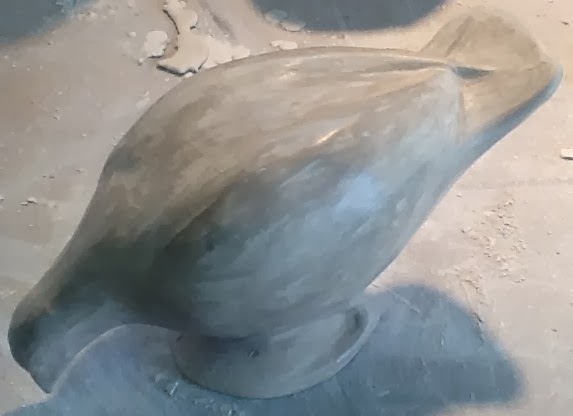 Burnished. It has to be dried enough so that it isn't distorted when burnished, can be tricky.
Brown Lake Series. 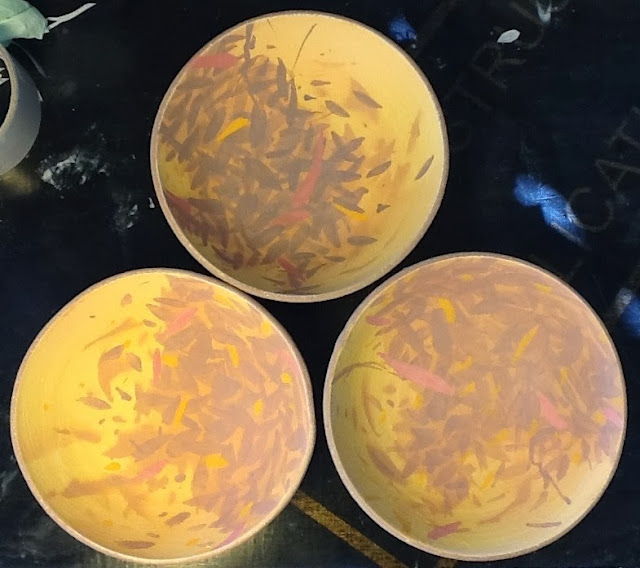 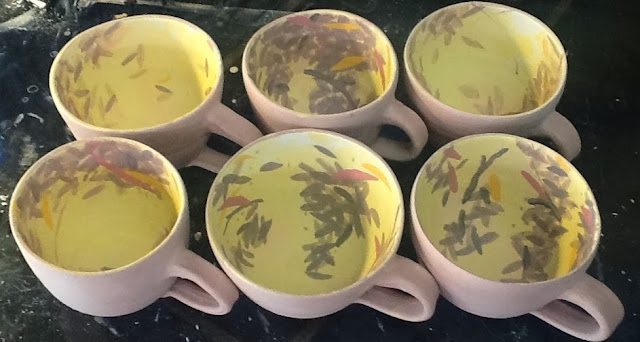 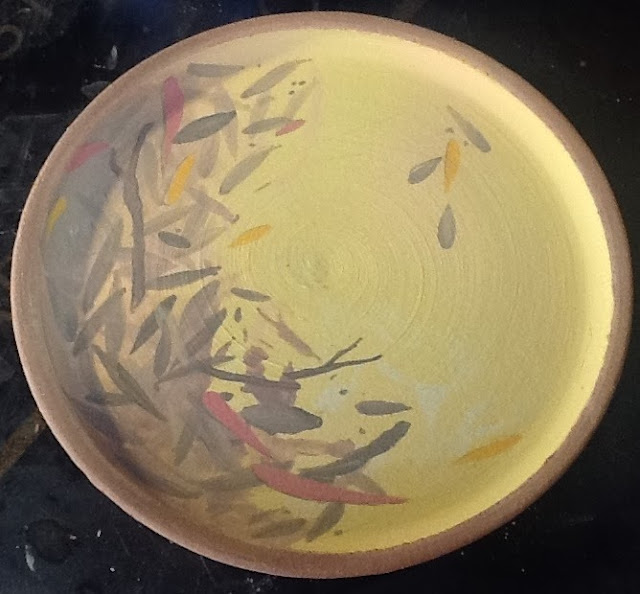 Plate.
This is experimental, I will bisque fire and see if I need to add anymore colour before glaze firing. 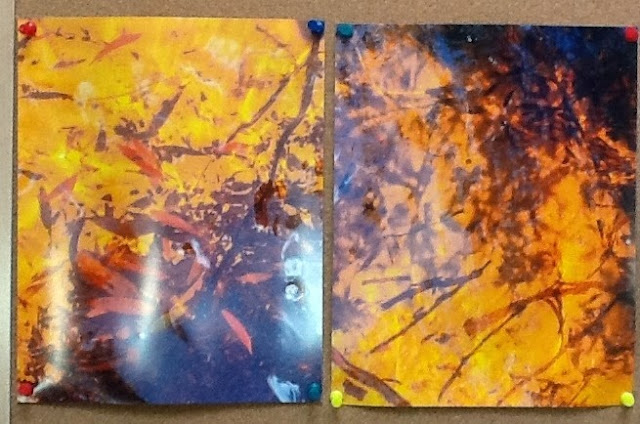 This is the inspiration for the series. The shallow water of Brown Lake with the detritus of leaves and stick in the tannin coloured water.
Finished he day with a walk on Main Beach. Terns were taking off to go fishing. 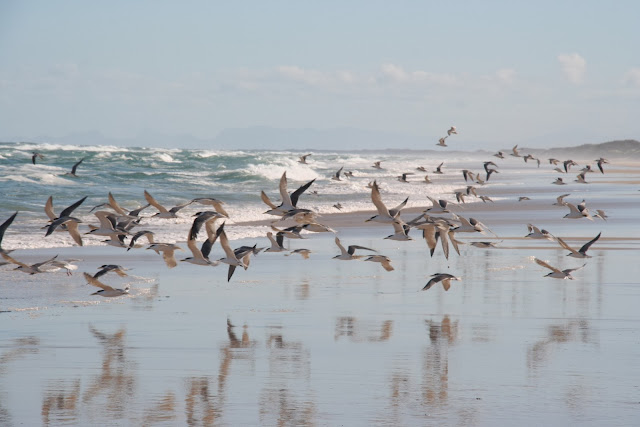 Pulling up at home the new family of Bush Stone Curlews were nesting for the evening on the side of the road in the gravel and leaves, most uncomfortable it seems. Only one chick remains from the two that hatched. 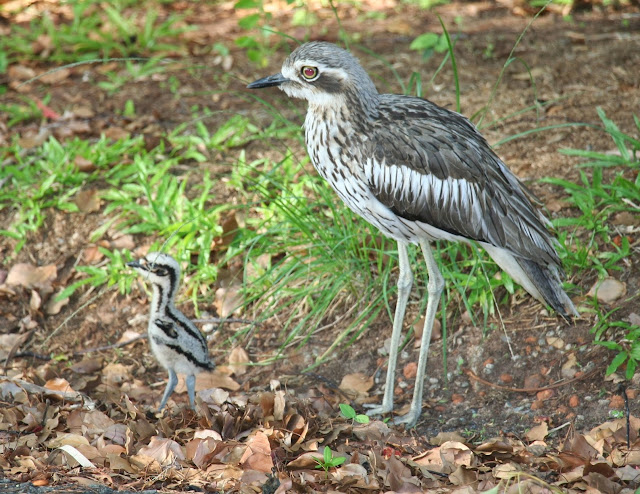