What a delight to see the blue, blue sky of Australia today after two weeks of grey smog wherever I went. So good to be home again after the most wonderful adventure at the 2013 ICMEA Conference in Fuping China.
No Internet connection for most of the time although I did receive the occasional email but could not send any. It was so frustrating, so no blogs.
Arrived in Brisbane at 7.30am and am now home after the opening of the "Drift" exhibition at Point Lookout this evening. It's been a long, long day. I have not downloaded all my photos yet and probably have forgotten most of the "unforgettable" experiences of the last two weeks without writing the blog each day, but over the next week will wrack my poor old brain for some kind of organised recollection one of the most fantastic experiences of my ceramic life.
The conference was full on each day from early morning until after midnight each night and we struggled to remain alert some days as it was so hot. It was held at the Fuping Pottery Village outside the town of Fuping. 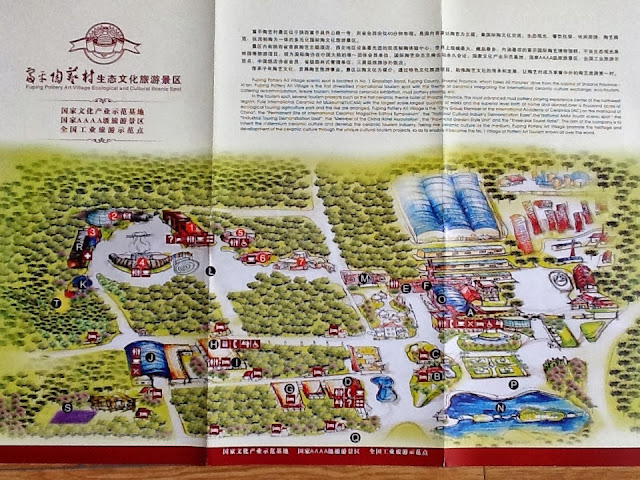 This is a plan of the village, I was staying in motel like accommodation in the foreground of the above map at "D". All the different country museums are located at the top left of the map and are enormous.
The "A" building is the reception area and where we ate our meals and just behind that at "O" is the hall where the papers were delivered. With workshops for visiting artist behind that. In the distance is the brick and tile factory which pays for all of this. 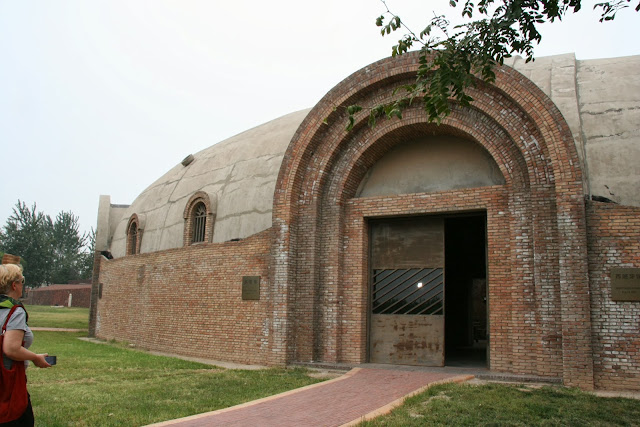 Here is my Aussie room mate Rowena about to enter one museum, and already I don't remember which one but think there are some South American works here.
Below is another nameless Museum!!!! 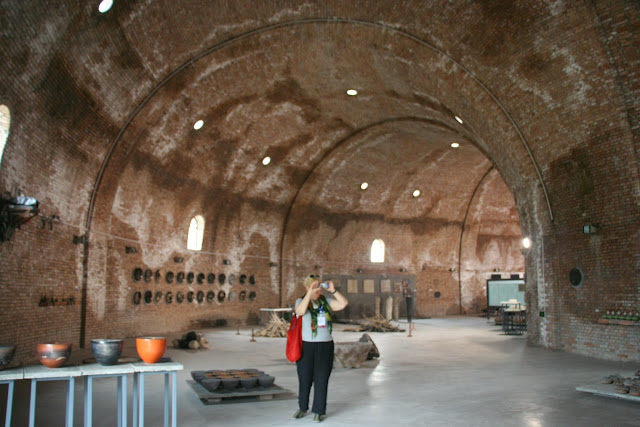 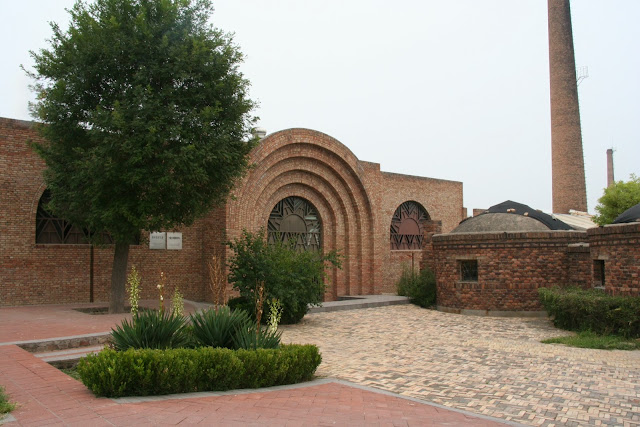 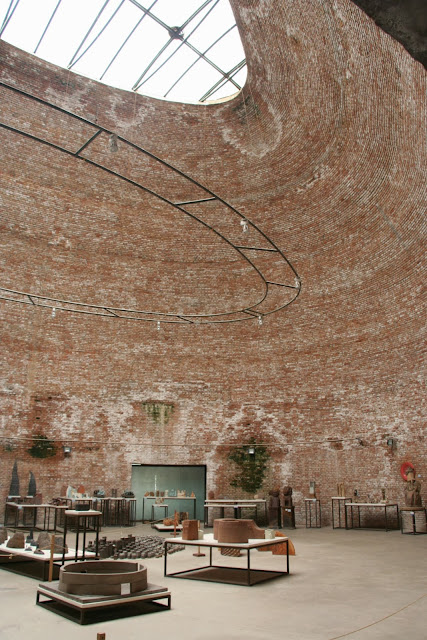 I think it's one of the Eastern European countries, hopeless aren't I. Well it is late after a rather hectic day.
So this is just a taster and examples will follow when I'm more alert. 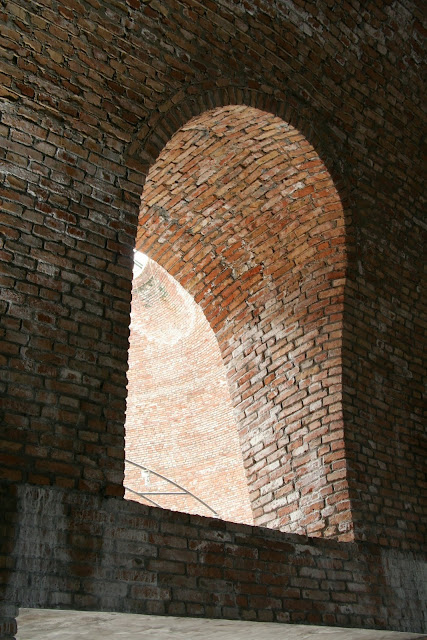